Why shall women entrepreneurship be encouraged more? 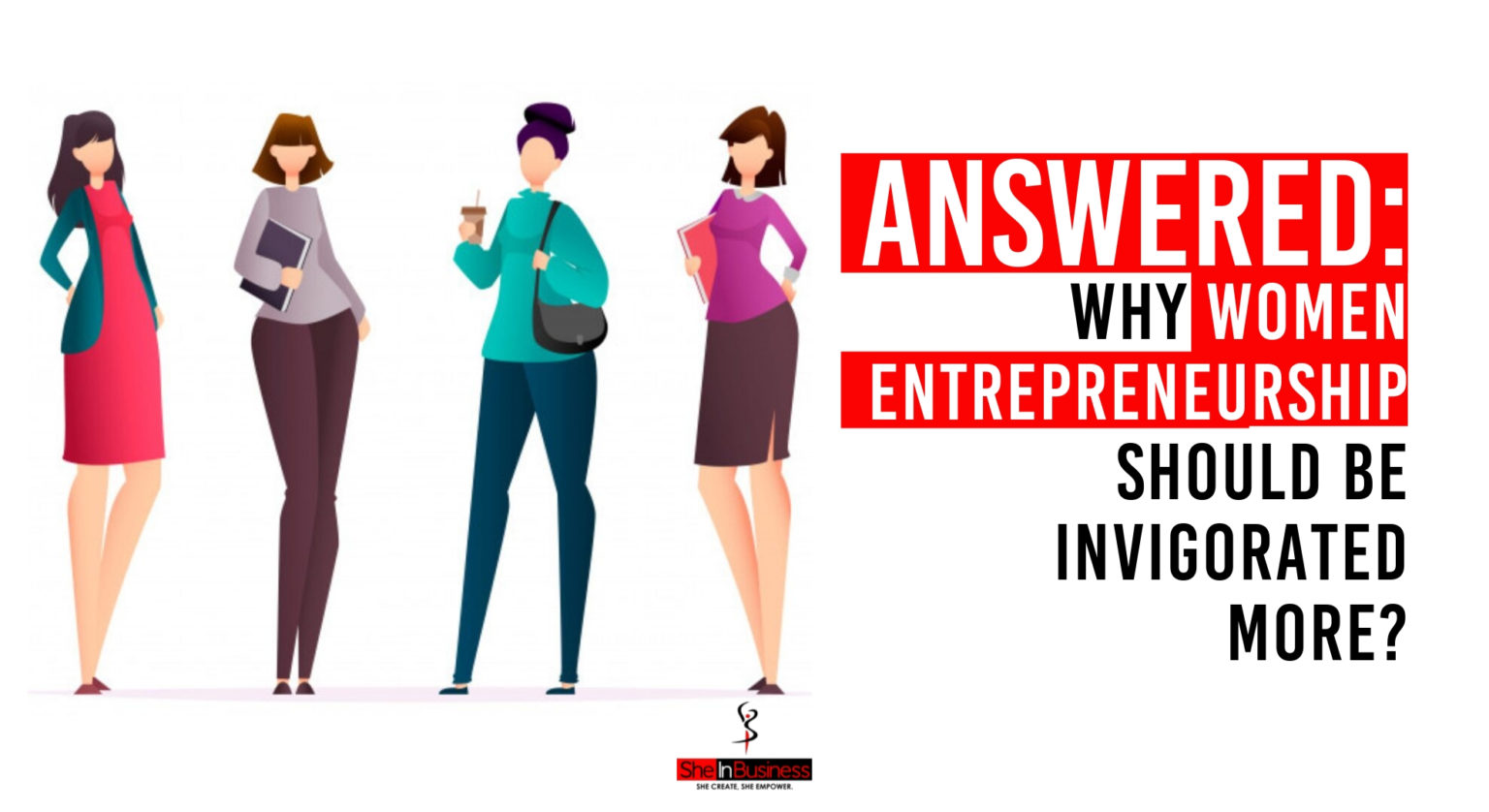 The world goes through numerous transformations every minute. Heading towards accomplishing every stride of triumph, we have moved quite ahead in, namely, any what field.

And when we talk about the scenario of women, we have witnessed a drastic advancement in the position of women today withal. A constant aspect of women being a pillar of strength, then, has not changed even now. The sole difference has been that their attribute of resistance has started getting highlighted now, at the very present moment. And the world needs to recognize more of so. Strong women emerge as leaders, as influencers for a brigade of females all over the world. It is the courage of one woman, that lets other women feel confident about themselves and their dreams.

Women shall, therefore, observe a place in every sector of the economy. They have the prowess to make the world a better place. When an individual has gone through incidents that they know others can be subjected to, that person very well empathizes with other beings and work towards solving those problems. And who better than a woman knows, what indeed, other women might have to endure!

And self-willed female entrepreneurs are setting one such classic example.

According to global statistics, 163 million women have started their line of work since 2014. And we need to keep the numbers rolling.

Following are the reasons why the world needs to realize more of women entrepreneurship:

There are 111 million ladies around the globe who have been running established businesses. Women have proficiency in sustaining long-term relationships. And that’s why the later statement vouches for the former figure. They have a robust presentation, alliance and networking skills.

Apart from the mentioned fact, women being the backbone of the society, a giver, indeed, know how to make a humongous contribution towards humankind. Therefore, they believe in investing their money in the education of their children and health, in return, strengthening the economy quite productively.

INNOVATION, THY NAME IS WOMEN:

Women are 5% more likely to fabricate innovative endeavor's in comparison to men. Women, as a matter of course, have a distinctive knowledge about usefulness. That is one colossal reason why femmes do not get funds for their businesses. With the realization of the constructive and assorted viewpoints, women could, literally, turn the tables of a sluggish economic state.

Women entrepreneurs inspire entrepreneurs in women. A complicated statement? Well, give it another read and, you’ll understand it. With more scores of women getting self-employed, the scenario eventually leads to more job creation in the economy. By and by, the paths of gender polarity diminish.

State administration and private corporate entities shall too support women in their business ventures. A few efforts by all could kick off a new aeon of women-steered growth.

Women Entrepreneurs are well-known to the struggles of balancing feats, professional and private ones. They are aware of the different issues encountered by women. They, therefore, work on untangling them for their employees.

Iron-willed female entrepreneurs allow women employees to work quite flexibly. They specifically pay attention to the health and safety concerns of the femmes of their company. And, ergo, they contrive strict anti-harassment programs to set a seal on the security of women.

Women Entrepreneurship empowers women to empower women. The process of women entrepreneurship itself, even the unsuccessful ones, has an impact of turning over new leaves for the entire female community. It fetches escalated confidence and independence amongst the femmes. Failures too provide a sense of satisfaction to women of having made an effort towards bringing in a certain change in the society!

And a platform to reform digitally, ‘She in Business’ shows maximal support to all the aspiring and accomplished women entrepreneurs out there. With a vision to bring a notable social change, the platform supports female entrepreneurs to blaze their business trail with its ace business directory https://sheinbusiness.com/directory/

Thus, these were the reasons why the world needs more women entrepreneurs. A female could not only give wings to her dreams but, could indeed; inspire other femmes to achieve their life ambitions as well. All in all, the world could enhance to become a splendid and peaceable place because of the determined women around!